Big Scrub Landcare President Dr. Tony Parkes has been appointed an Officer of the Order of Australia (AO)  for distinguished service to conservation and the environment through the restoration of subtropical rainforest in northern New South Wales.

Tony commented “I am delighted that this award recognises services to conservation. I accept this award on behalf of the many extraordinary people who are dedicated to saving from extinction, Australia’s  many endangered species and ecosystems, particularly critically endangered lowland subtropical rainforest and its rich biodiversity”.

Dr. Tony Parkes co-founded Big Scrub Landcare in 1993 and has been its President since its founding. He was a Banksia Award recipient for Community Environmental Leadership in 2016 and the NSW Individual Landcarer of the Year in 2001 and 2015. He is the Founder and Executive Chairman of the Big Scrub Foundation, was the co-founder and Chair (1999-2006) of Rainforest Rescue, the Chairman (1993-2011) and Vice-Chair (2012-2014) of Envite Environment. Other appointments include the Chair of the Richmond Regional Vegetation Committee and the Vice-Chair of the Richmond Catchment Management Committee.

The Order of Australia is the principal means of recognising outstanding members of the community at a national level. The honour of Officer of the Order of Australia recognises the commitment and service of people like Dr. Parkes to building a better and more positive Australia.

Official launch of Australian Rainforest Seeds – A guide to collecting, processing and propagation

You can browse and download our previous editions of our Big Scrub Newsletter. You’ll find a wealth of information and useful resources. Click below to access our archive of newsletters. 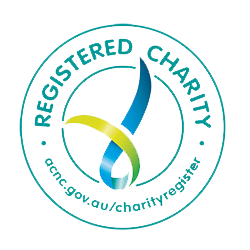